Vancouver during the Winter Olympics 2010 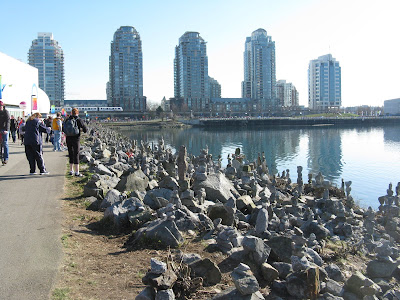 Many Inukshuks made by many people 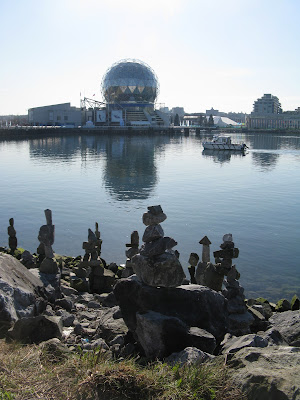 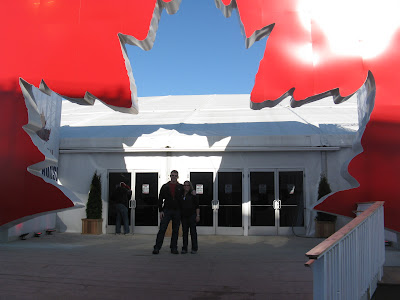 In front of Molson House 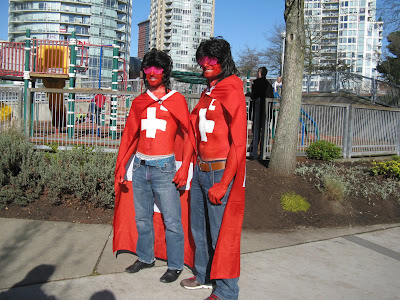 Suisse Fans on their way to the Suisse/Norway Hockey game 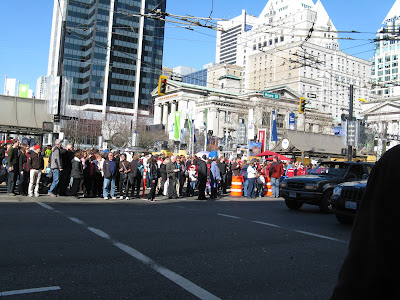 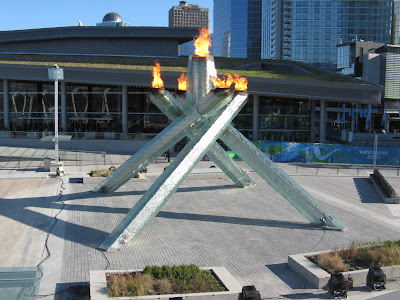 The Cauldron.  You could stand in line for 1 hour and get this view or you could not and be here.... 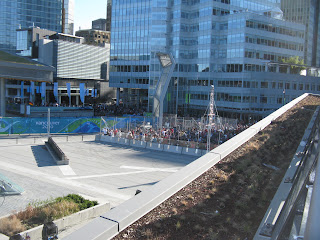 They had it fenced off because this was the first time in history that the flame was on the ground. 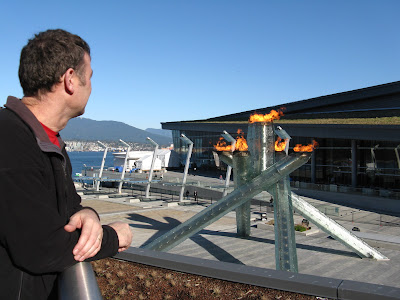 This shot was worth waiting for an hour.

Being in down town Vancouver today was amazing.  People were smiling, everyone was excited, there was more people thatn normal speaking different languages and the weather was amazing!!!
Email ThisBlogThis!Share to TwitterShare to FacebookShare to Pinterest