I've always thought that making mittens with fingers would be such a picky job that I've always stayed far away and just stuck to gloves and fingerless gloves.
Wouldn't you know it my oldest daughter asked for a pair of red gloves for the cold morning commute to work.
I really didn't want to do it.
Then again, she rarely asks for anything.

I was hoping she would forget that she wanted these gloves.
Well, she didn't.
Last hike up Dog Mountain she said she was secretly hoping that the gloves would be ready.
I guess she didn't forget.
So of course I didn't want to disappoint her and therapy later would cost more than the mittens, so.....I took the plunge, acted mature and dug right in.
As you can see I finished them in no time and actually enjoyed how well they were turning out, especially when my son thought I was a genius.
Bonus!

I gave them to her and she loved them! 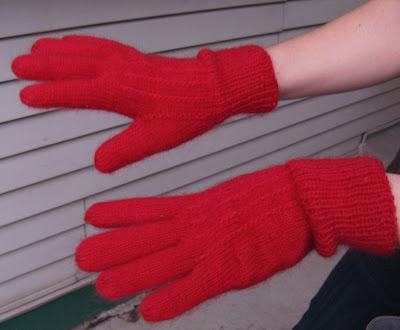 I finally set up my own Etsy store. This is a place where all homemade items can be sold.
Something like E-Bay but you don't bid you just buy.

It was alot of work getting the photography done and writing about each item.
But I must say I felt really good having it up.
No comments:
Email ThisBlogThis!Share to TwitterShare to FacebookShare to Pinterest

Getting Out of the Fog

We are so socked in with fog this past week. The weatherman said it will be sunny all week but he didn't say you had to climb a mountain in order to see it. This picture was taken today. This is a sea of fog that is just hanging over us and won't go away. 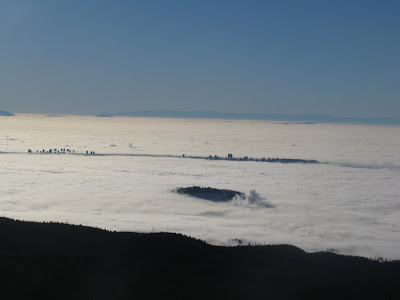 Normally when you are on Dog Mountain you see the city below, like this next picture. This picture was taken a year ago exactly. 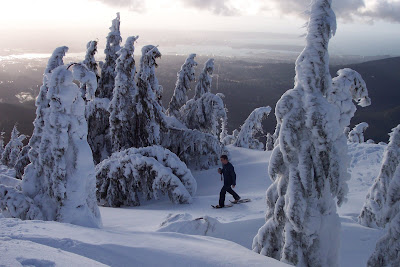 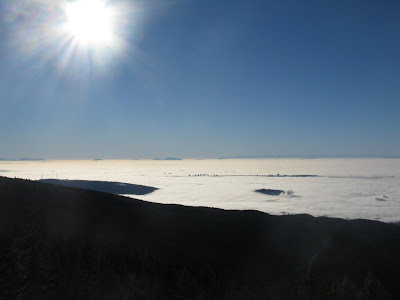 It was so warm on the top that people were sun bathing. 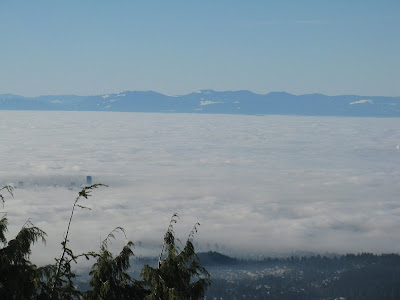 We saw a guy who was sitting in his lawn chair, no shirt, shorts, sunglasses, a book and a beer.
I think I burned my face!!!
No comments:
Email ThisBlogThis!Share to TwitterShare to FacebookShare to Pinterest

Snow, snow and more snow and then... tons of rain

We sure had a White Christmas.
You remember when you were a kid and you wished as hard as you could for snow on Christmas because then it would more like Christmas? Where did that idea come from? It hardly ever snows on Christmas around here. Probably from books when you were young! Same idea as this I quess.I must have had a fairy tale upbringing. Always in fairy land and dreaming about something else.
Well, anyways, we had the most snow I can clearly remember. It snowed right through the Christmas break. The kids (I should say kid) only had one snow day out of the deal.
Christmas Eve and Christmas Day services were both canceled because of the snow. Since it was holiday time staying home was not much of a problem. But it just kept coming. So,...there was a lot of time for pictures:

This is the back yard during the snow fall 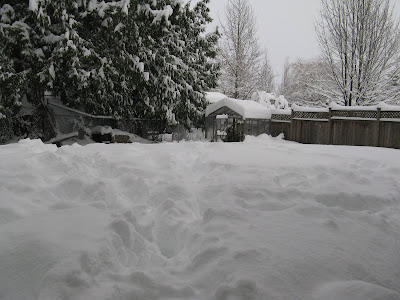 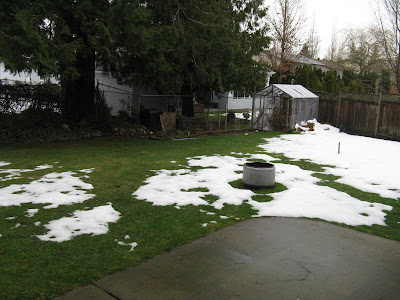 Notice on this evening picture how on the left middle side of the mound of snow is a little trail. This is the daily path that our neighborhood Racoons take to bed down at the end of their night (being nocturnal). Sometimes we see them because they are a little later than normal. Usually we hear them at night and trust me this is not a pretty sound. It sounds like alot of snorting, and high pitch squeaking and to me it sounds like a large racoon is giving a small racoon #$%&, i f you know what I mean. Of course this is usually in the wee hours of the night so things always sound louder or scarier, but that is the only time we ever hear them.
There is actually a worn path through the back of our yard that continues through the neighbors yard and into the park. They seem to always take the same route.
I actually saw 4 of them the other morning. I guess they were late again and when they saw me they hid behind our cedar tree and just peeked out with their masky face to see if I was still watching. Suddenly one at a time would make mad a dash, well a racoon waddle dash, towards the fence and proceeded to climb up and disappear into the next cedar tree. They are cute and funny but very vicious!!! 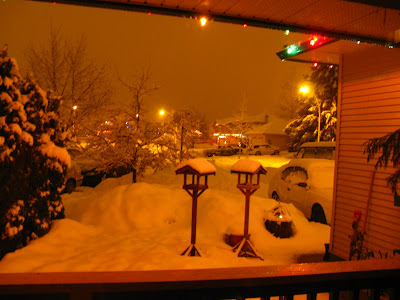 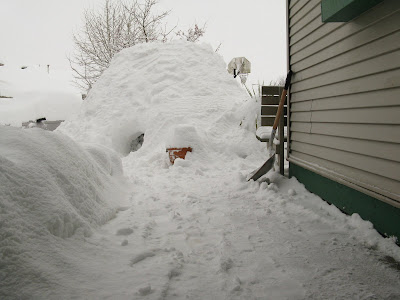 This is one week later. Good old west coast rain. Now you can see why the snow fall was so amazing for us because this picture is usually how it looks here in the winter minus that small pile of snow left behind. 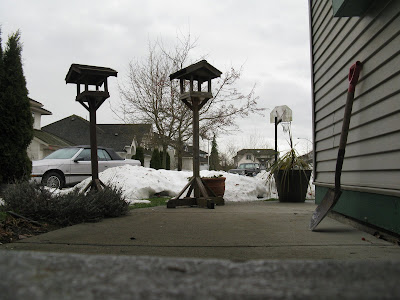 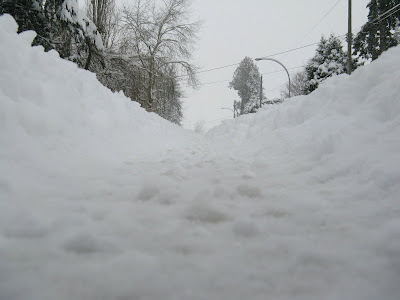 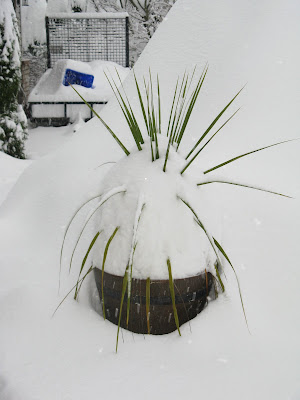 Look what I got in the mail. A bundle of softness. My sister-in-law lives in Des Moines, Iowa and through e-mail we talked about what kind of shawl she would like. I sent her to many different places (on the computer) and she decided on this Ruana pattern and this wool. She chose Bayou. Its been alot of fun working out the details and waiting for the pattern and the wool to come in the mail. 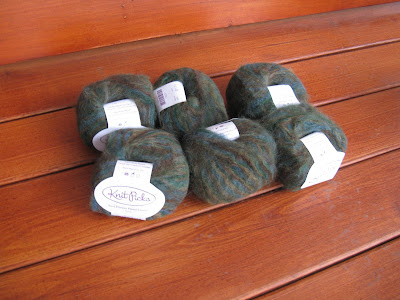 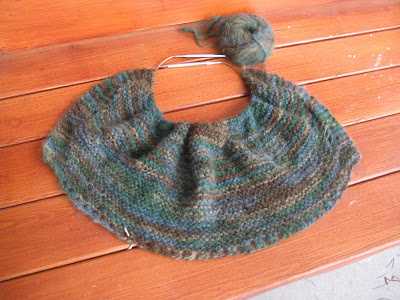 We finally made it to Mexico. It only took about 4 years to get there. It was finally a good time to go. The kids were old enough to be left alone and we could swing it financially. 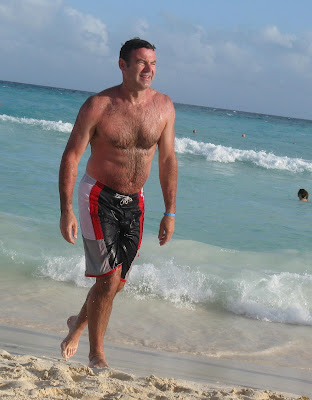 There sure were alot of good looking men from all over the world. We were at a place that had lots of Dutch, Russian, Polish, Italians and of course Spanish. These were languages that we are not used to hearing. So sitting on the beach being surrounded by languages we could not understand was really cool. 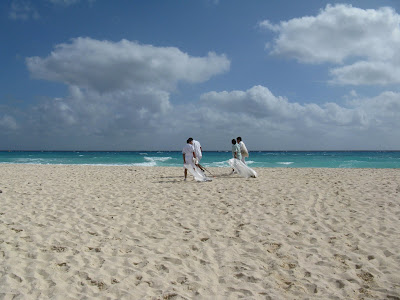 The water and the sky colors were amazing. I would like to go back one day. Maybe that good looking guy will take me (again).
No comments:
Email ThisBlogThis!Share to TwitterShare to FacebookShare to Pinterest
Newer Posts Older Posts Home
Subscribe to: Posts (Atom)